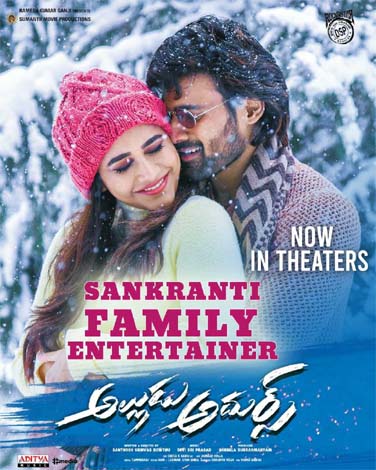 Young and promising hero Bellamkonda Sai Srinivas and director Santhosh Srinivas’ out and out family entertainer Alludu Adhurs is unstoppable at box office. The film, in its extended first weekend, has raked in Rs 12.25 cr share.

Alludu Adhurs’ budget was around 32 cr. Including the satellite rights, the entire digital rights were sold for 21 cr. The film recovered more than half of the investment through satellite and other non-theatrical rights and entered profit zone in just 4 days. As per trade analysts, Alludu Adhurs will continue to do well for a few more days.