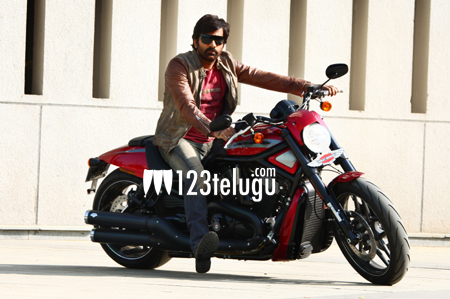 Soon after completing Kick 2, Mass Maharaja Ravi Teja is busy in shooting for his next flick Bengal Tiger. Directed by Sampath Nandi of Rachcha fame, this movie is touted to be an out and out action entertainer. The unit has already wrapped up a couple of hectic schedules. Glamour dolls Tamannah and Rashi Khanna are playing the female leads in this flick.

As of now, the third schedule has started in the Ramoji Film City and the shooting will go on till mid June. It is also heard that star comedian Brahmanandam will join the sets and major scenes of his portion in this flick will be shot in this schedule. Young actor Harshavardhan Rane and Bollywood actor Bommani Irani are playing crucial roles in this flick. K.K Radha Mohan is the producer.