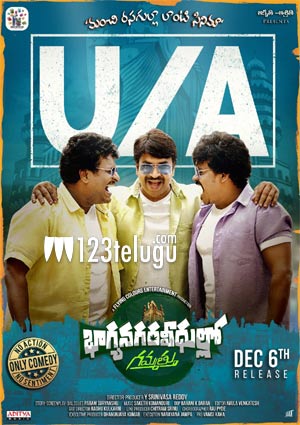 Popular comedian Srinivasa Reddy is making his debut as a director and producer with a comedy entertainer, titled Bhagyanagara Veedullo Gammathu, under his Flying Colors banner. He is also playing the main lead in the movie.

The latest update is that Bhagyanagara Veedullo Gammathu has completed its censor formalities earlier today. The CBFC has issued a UA certificate for the movie. The film is now geared up for its release on December 6. The film’s humor-filled trailer was unveiled recently to a positive response.