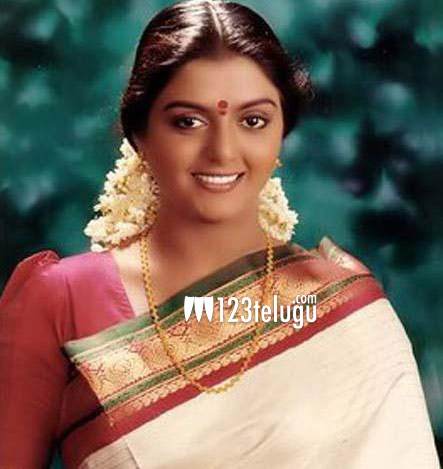 Looks like all the yesteryear heroines from the 90’s are ready for a second innings. After the likes of Ramya Krishna and Tulasi opting for mature characters, yet another top actress is set to make her comeback into films.

Talented actress, Bhanu Priya will soon play an important role in a Tamil which will also star Jyothika. Directed by Bramma, this film is touted to be a woman centric film and will be produced by super star Suriya.

Even though Bhanu Priya acted in few Telugu films like Chitrapathi in the past, she stayed away from films. Reports now suggest that she was quite excited after she heard her character and immediately agreed to do the film.