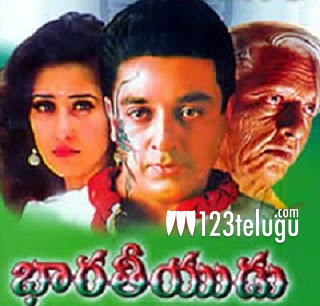 Released in 1996, Kamal Haasan starrer Bharateeyudu was a critical and a blockbuster success at the box-office. The film attained a cult status and is still mentioned atop among the list of films that portrayed anti-corruption message. Directed by Shankar, the film was produced by AM Ratnam on Sri Surya Movies banner.

Here’s some good news for Bharateeyudu fans. The producer, AM Ratnam, has confirmed that a second edition of the film, Bharateeyudu 2, is very much on cards and that he discussed the possibilities with director Shankar in a recent interaction. However, Shankar got himself busy with Robo 2 and the project has been delayed temporarily and AM Ratnam expressed confidence on the film’s revival by early next year.

Buoyed by the success of his last production, Yennai Arindhaal (Yentha Vadu Gaani), AM Ratnam further said that he will distribute Robo 2 in Telugu.