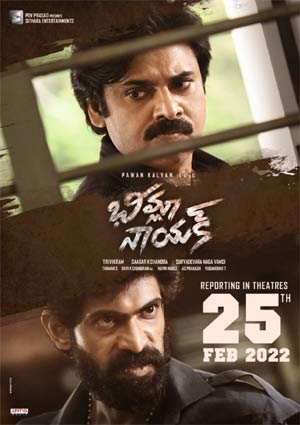 Yesterday, we had reported that Pawan Kalyan’s Bheemla Nayak will be postponed to a further date as Pawan Kalyan has given his nod for the postponement as a few producers requested him.

The film which was supposed to release on the 12th of January will now be out on February 25th in a big way. The shooting of the film has been wrapped up and post-production is in full swing.

Bheemla Nayak also has Rana in a key role. Saagar Chandra directs this film which is being produced by Sithara Entertainments. Thaman scores the music.