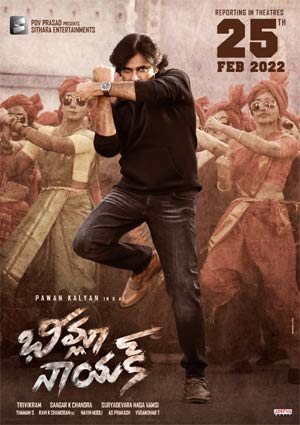 Later last night, the makers of Pawan Kalyan and Rana’s Bheemla Nayak announced that the film will be hitting theatres on the 25th of February.

Now, it is heard that the makers of Bheemla Nayak are set to unveil a promotional song very soon. This song will feature both Pawan Kalyan and Rana.

The said promotional video will have Thaman-mark energetic composition and it is intended to boost the hype surrounding the film.

Team Bheemla Nayak will be releasing more promotional material in the next few days as the film gears up for theatrical release in just over a week from now.