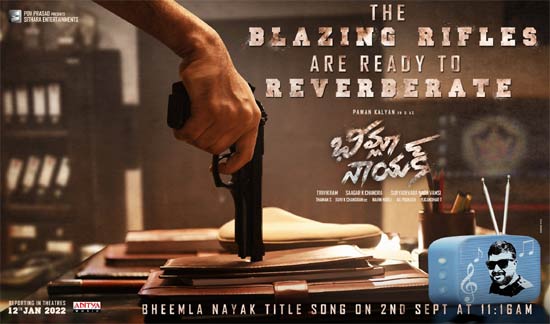 Pawan Kalyan is doing a film called Bheemla Nayak and we are aware of it. As it is Pawan’s birthday on the 2nd of September, so many plans are being made for the same.

Now, the latest update from the unit is that the title song of the film will be out on the morning of September 2nd. Thaman has composed the music of the film and there is a superb excitement for this number.

Bheemla Nayak is the official remake of the Malayalam movie Ayyappanum Koshiyum. Rana plays a key role in this film. His look will also be out soon.