Bhoom Bhaddhal song from Krack is massy and energetic
Published on Nov 14, 2020 7:10 am IST 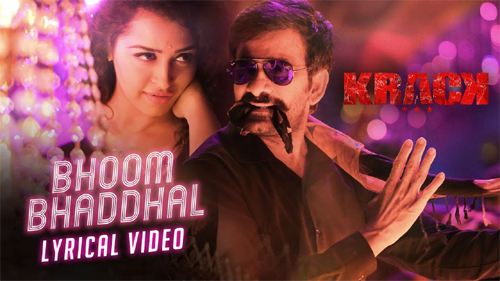 On the eve of Diwali, the much-awaited Bhoom Baddhal song from Ravi Teja and Shruti Haasan’s Krack was released by the makers. The song has been composed by the man in form, Thaman.

Bhoom Bhaddhal is a sizzling hot special number which features Ravi Teja at his energetic best and young beauty Apsara Rani sets the screens ablaze with her glamour. Sung by Simha and Mangli and penned by Ramajogayya Sastry, the song is an out and out mass treat for fans.