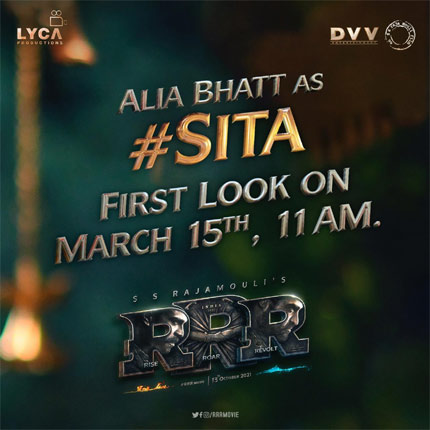 It is a known fact that Alia Bhatt is doing the role of Sita in RRR and has been paired opposite Ram Charan in the film. She has also shot for one schedule already sometime back.

Now, the special update is that her look in the film will be out on March 15th at 11 AM. This is big news and many want to see how Rajamouli has showcased her in the film.

Ajay Devgan’s look is yet to be showcased and now it is time for Alia first. This has raised the curiosity on the film and made it a hot cake in Bollywood as well.