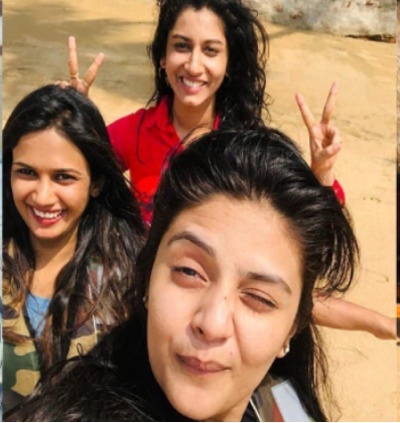 Bigg Boss is a show that brought a lot of popularity to the participants and one among them is Ariana. The small-time anchor won a lot of fans for her bold attitude in the show and became the finalist as well.

The same was the case with star anchor Sreemukhi as well. She was also praised a lot and stood as the runner up in the show. Now, these two beauties have become close friends and are always chilling together.

They have taken things to another level as they have gone to Goa together with other close friends from the industry and are chilling happily. Images of them hanging in Goa beaches have now gone viral.