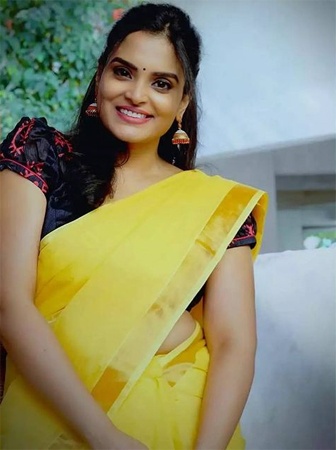 Bigg Boss is a show that gave fame to many. One of them is Sarayu, the bold actor from YouTube. Well, she is back in the news now.

The latest update is that the Banjara hills police has arrested Sarayu for one of her videos against the Hindu gods. The complaint was filed by Sircilla district Vishwa Hindu Parishad president Chapuri Ashok Sircilla.

The video showcased Sarayu and others wearing headbands with Ganapathy Bappa Moriya written on it. They indulge in drinking and loose talk in the video which has not gone well with many.

A case has been registered and investigation is on. Let’s see what happens.