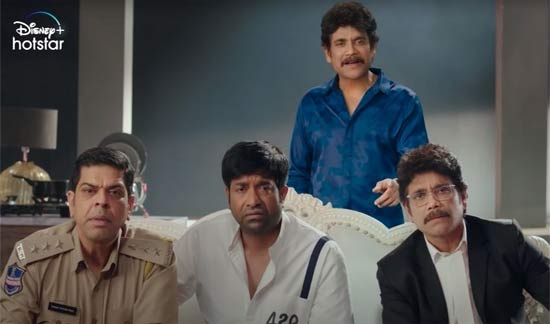 Bigg Boss OTT will start on the 26th of this month and we already reported about it. Today, the makers have revealed the promo and it looks fun.

The promo shows Vennela Kishore playing an inmate who is ready to get hanged. When asked about his last wish, he says he wants to watch one episode of Bigg Boss before he dies.

But he continues to watch and also drags his lawyer played by Nagarjuna and cop played by Murali Sharma. The promo gives the feeling that there will be nonstop entertainment round the clock on Bigg Boss OTT. The promo looks interesting and we need to see how the show is going to be.