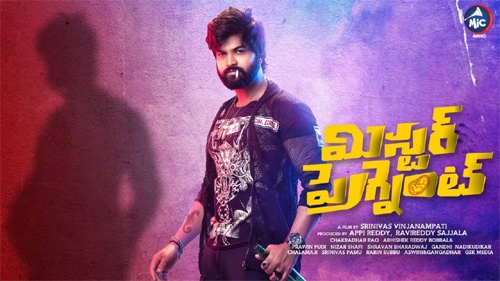 FFollowing his stint in the Bigg Boss house, young actor Syed Sohel Ryan has signed back-to-back movies. The makers of his upcoming film today made an official announcement regarding the film’s title.

Sohel’s film has been interestingly titled Mr. Pregnant. As the title hints, Sohel will be seen as a “pregnant” in the movie, and this unique concept is creating curiosity on the movie. The film is billed to be an experimental romantic entertainer. The film’s shooting is nearing completion.

Uma Maheshwara Ugra Roopasya fame Roopa Koduvayur is the leading lady in the movie, which is being directed by debutant Srinivas Vinjanampati. Annapareddy Appireddy and Ravireddy Sajjala are producing the film under Mic Movies banner. Sravan Bharadwaj is the music composer.