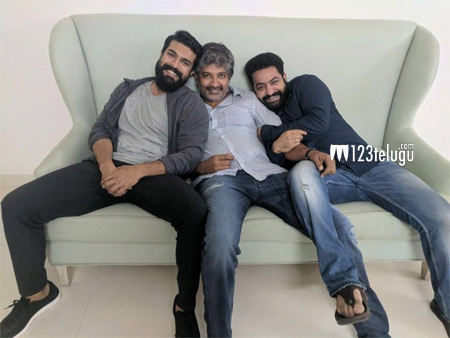 We all know that Ram Charan and NTR will be doing a film in the direction of S S Rajamouli very soon. The film was officially announced today in an interesting manner.

The makers released a small video which showcases the tag #RRR meaning Rajamouli, Rama Rao(NTR) and Ram Charan. DV V Danayya will be producing this big-budget film which will go on floors in August.

Within minutes, the video has gone viral all over the social media as fans of both the heroes are super excited. Both, NTR and Charan will be seen as brothers in this film which has the story by Vijayendra Prasad. Watch out this space for more details about this project.