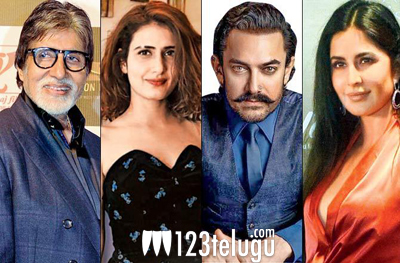 Aamir Khan and Amitabh Bachchan are India’s biggest stars and we all know that. For the first time in their career, they have worked together for a film called ‘Thugs of Hindustan’ which is being produced by Yash Raj films.

The latest we hear is that the trailer of the prestigious period film will come out on the 27th of this month which also marks the birth anniversary of the late director Yash Chopra.

Katrina Kaif and Fatima Sana Shiek play the female leads in this film which is being produced on a budget of over 150 crores.