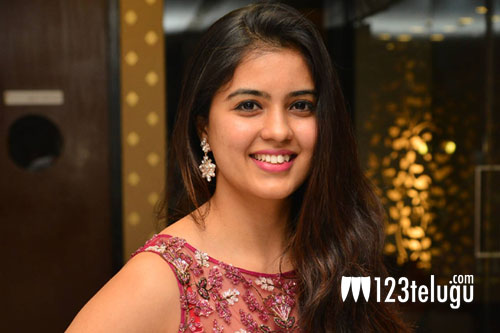 Even as her maiden Tollywood film, Anchor Pradeep’s 30 Rojullo Preminchatam Ela, is hitting screens on March 25 as a Ugadi treat, young Tamil actress Amritha Aiyer has signed yet another Telugu film. The Bigil actress will be playing the leading lady opposite hero Naga Shaurya in her next Telugu flick.

Naga Shaurya’s as-yet-untitled film was launched recently and it will be directed by debutant Raja Kolusu. The regular shoot will commence very soon. Incidentally, Bigil’s Telugu version Whistle’s presenter Mahesh Koneru is bankrolling this project, which is touted as an action family drama.