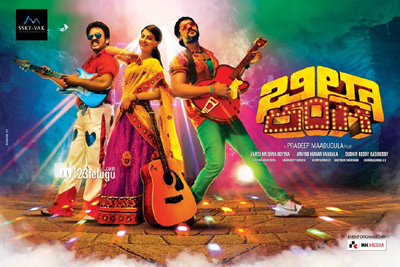 Venkat Rahul, who was last seen in Alias Janaki, is gearing up for the release of his upcoming film titled Billa Ranga. Directed by Pradeep Madugula, the film also stars Pradeep, Rishika and Charandeep. Vamshi Krishna Boyina, Arvind Kumar Vannala and Sudhir Reddy Kasireddy are jointly producing the film.

Talking about the film, Pradeep Madugula said, “The film is set in a rural area and it narrates the story of two young men named Billa and Ranga. It’s going to be a complete entertainer. Vizag Satyanand has done an important role in our film.”

Santosh Narayanan has scored the music and N V Vishweshwar is the cinematographer. Although the film’s audio had released quite sometime ago, the film’s release was delayed for various reasons. The film has been slated for release on February 21.