Biopic on Weightlifting legend Karnam Malleswari to be a pan-Indian biggie
Published on Jun 1, 2020 12:59 pm IST 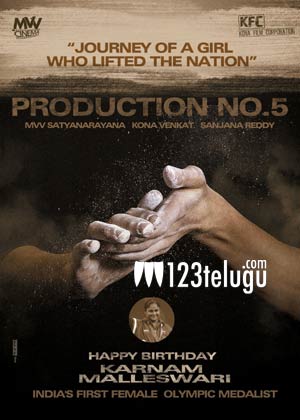 On the occasion of Olympic bronze medal-winning weightlifter Karnam Malleswari’s birthday, the makers of her much-talked-about biopic made an official announcement this morning. The film will be a multilingual pan-Indian biggie made on a grand scale.

Karnam Malleswari hails from Amadalavalasa in Srikakulam, Andhra Pradesh. She became the first Indian woman to win an Olympic medal, when she lifted the entire country at the Sydney Olympics in 2000.