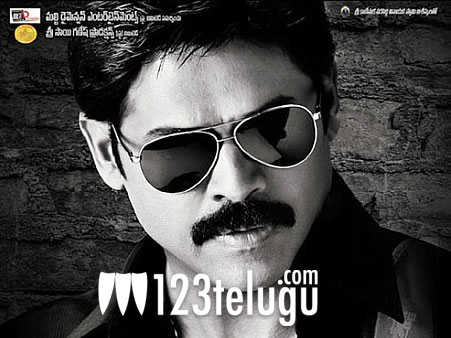 Victory Venkatesh’s next offering, ‘Bodyguard’, will now release on January 12th as a Sankranthi offering. The movie was earlier slated for a December release but the date has now been confirmed as 12 th January 2012.Gopichand Malineni is directing this film and Bellamkonda Suresh is the Producer.Trisha is the heroine for this movie. Saloni will be seen as Trisha’s friend.

The audio launch will take place in December and the music has been composed by Thaman. Shooting is complete except for one song and post production works are on. The movie is the official remake of the Malayalam super hit movie with the same name. Prakash Raj, Ali,Kota Srinivasa Rao, Subbaraju, Dharmavarapu Subrahmanyam and Pragathi are essaying key roles in the movie.

Bodyguard is now the latest entrant into the Sankranthi race.Prince Mahesh Babu’s ‘Businessman’, and Raviteja’s ‘Nippu’ are already slated for a Sankranthi release.