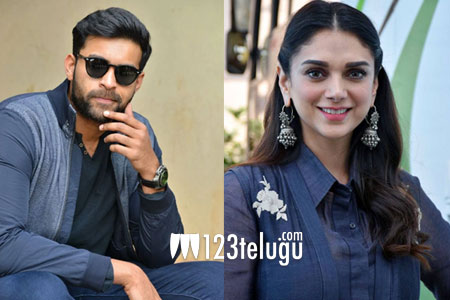 Hero Varun Tej is currently prepping for his ambitious space thriller in Ghazi fame Sankalp Reddy’s direction. This high-budget film will be produced by director Krish and Rajiv Reddy. The regular shooting will begin soon in this month.

As per the latest reports, the makers have roped in Bollywood actress Aditi Rao Hydari for a crucial role in the film. Aditi will accompany Varun Tej on a space mission in the movie. Varun Tej has already undergone special training for his astronaut’s character. Now, Aditi too will head to Kazakhstan for training. Apparently, the film will also feature another actress who will play Varun Tej’s love interest.