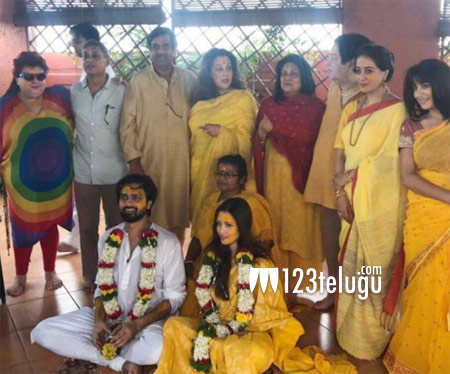 Remember Riya Sen, the hot and beautiful actress who romanced Manchu Manoj in Nenu Meeku Telusa. Well, the same girl has now finally tied the knot. Reports suggest that the actress married her long time boyfriend after dating him for many years.

The marriage happened in a secret ceremony and only close family was involved. Some Bollywood tabloids reported that as Riya is apparently pregnant, the wedding happened all of a sudden.

Riya Sen has worked in many Hindi films and became quite famous for her MMS clip with Ashmit Patel.