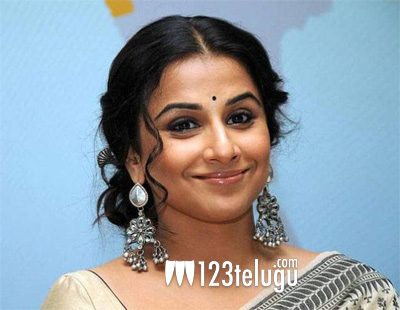 Hero Mahesh Babu’s upcoming film, Sarkaru Vaari Paata, is all set to commence its shoot from November. The movie’s unit will be flying to Detroit, USA, for a crucial shedule. It’s being said that SVP’s team is planning to make the film as a pan-Indian outing.

Now, to give the film a maximum visibility across North India, Sarkaru’s team is said to have approached National award-winning Bollywood actress Vidya Balan to play Mahesh’s sister. Whether or not this crazy update ends up being true remains to be seen. It’s well known that Vidya had made her Tollywood debut with the NTR biopic.

On the other hand, it’s been already reported that popular Bollywood star Anil Kapoor has been approached for the main antagonist’s role in this crazy project. Keerthy Suresh is the leading lady in this Parasuram directorial. Stay tuned for further updates.