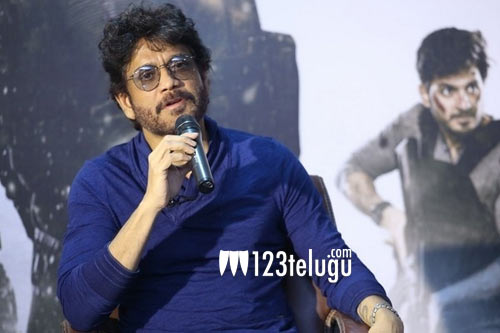 Hero Nagarjuna’s ongoing action thriller under Praveen Sattaru’s direction has been stalled temporarily during the current pandemic situation. In this as-yet-untitled film, Nag will be seen playing a London-settled ex-RAW agent who returns to India after he suddenly receives a call from his sister after 20 years.

Apparently, apart from the action elements, the film also has a lot of significance for brother-sister emotions. Former Miss India and Bollywood actress Gul Panag plays Nag’s sister in the movie. The film’s story is all about Nag’s pursuit to save his family.

Nag has been working quite high for his role. He has been undertaking online lessons in the Israeli martial arts form Krav Maga and the Japanese Samurai swordfighting. Kajal is the leading lady in this Narayandas Narang, P Ram Mohan Rao and Sharat Marar production.