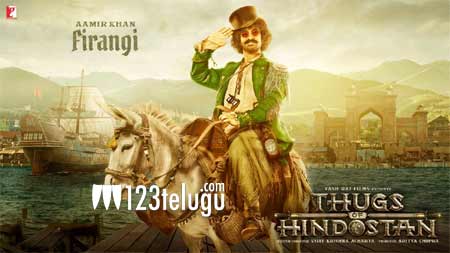 By now, everyone knows that Aamir Khan and Amitabh Bachchan will be seen in a multi-starrer called ‘Thugs of Hindostan’ which is being made on a budget of over 150 crores by Yash Raj films.

The latest we hear is that the film will be dubbed in Telugu as well. What’s more interesting is that Aamir wants his film to have a wide release in both the two Telugu states where he has a good following.

Vijay Krishna Acharya is the film’s director whereas Katrina Kaif and Fatima Sana Shiek of Dangal fame play the female leads. The dubbing process in Telugu will kick start in the second week of October.