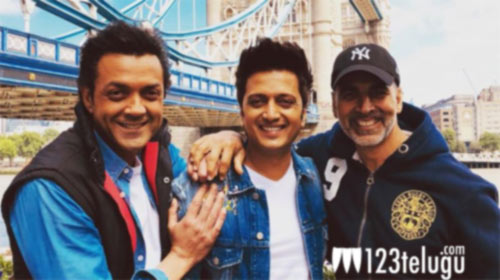 The grand action sequences in Baahubali The Beginning and The Conclusion were much talked about across the country. Now, the makers of Housefull 4, the fourth installment in the superhit Bollywood comedy franchise Housefull, are going to make a spoof on Baahubali’s action sequences.

Currently, Housefull 4’s team is camped in the Suryagarh Palace in Rajasthan and is canning some hilarious comedy action sequences with reincarnation theme a la Baahubali. Housefull 4 features an ensemble cast consisting of noted stars like Akshay Kumar, Kriti Kharbanda Pooja Hegde and others. Sajid Khan is directing the movie.