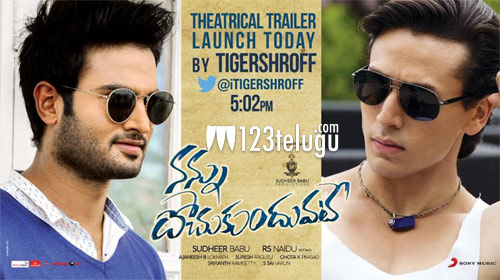 We all know that Sudheer Babu made his Bollywood debut with the film Baaghi which went on to become a solid hit at the box office. As Sudheer shares a very close bonding with Tiger, he has requested the Hindi hero to launch the trailer of his film.

The latest we hear is that Tiger will launch the trailer of Nannu Dochukunduvate this evening at 5 PM. Nabha Natesh is playing the female lead in this film which is touted to be a romantic comedy.

Ajaneesh B Loknath has scored the music for this film which is directed by debutant RS Naidu.