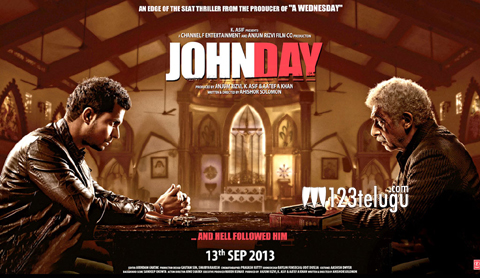 Yet another guy from Andhra is trying to make it big in Bollywood. We are here talking about AhishorSolmon who is making his directorial debut with John Day which is all set to release on September 13th. This movie has an impressive star cast with NaseeruddinShah and RandeepHooda playing the lead roles. This movie is produced by AnjumRizvi,Aatef A Khan and K Asif and the music is done by Kshitij Tarey.

Ahishor was born in Kurnool and brought up in Hyderabad. Some real life incidents have inspired him with the story of John Day and he has worked in the direction department for ten years in Bollywood before wielding the megaphone himself.

Lets wish him all the best with his directorial venture.