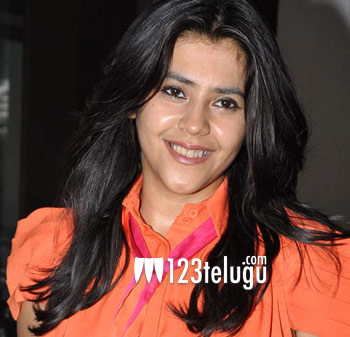 Leading Bollywood producer, Ekta Kapoor is considered as the queen of television and also produces some big budget films in Hindi. Her new film, Half Girlfriend is doing good business and has crossed the 50 crore mark at the box office.

Speaking at the success bash of the film, Ekta spoke in detail about Baahubali 2 and said that “Baahubali’ is the best thing to happen and we can refer to it as a film which has gone beyond expectations of everyone.”

Even in its fifth week, Baahubali 2 is going steady at the box office and will soon touch the 2000 crore mark. Rajamouli is getting wide appreciation for this project which has been made on a budget of over 400 crores.