Bollywood Singer Croons A Peppy Track In Mahanubhaavudu
Published on Sep 7, 2017 1:29 am IST 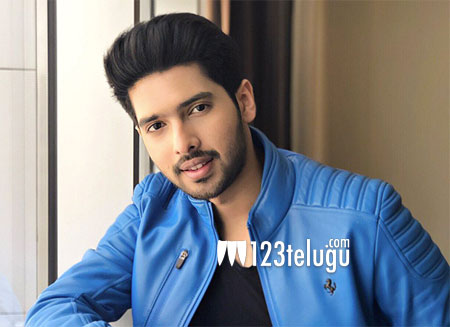 Thaman is on a roll these days and his work is being highly praised by audiences and critics alike. Now, he is leaving no stone unturned to make his upcoming album of Mahanubhaavudu a huge success.

The music director has collaborated with Bollywood singer Armaan Malik for a song, and the duo recently recorded a peppy number for the film. In the past, Armaan Malik had sung in Rowdy Fellow and Katamarayudu, and it remains to be seen if Mahanubhaavudu will turn him into a sensation in Telugu as well.

Directed by Maruthi, the film stars Sharwanand and Mehreen in lead roles. The first song will be launched on September 7.