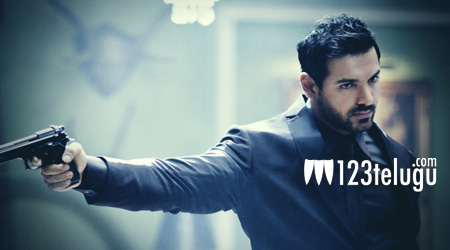 If the ongoing reports being published by Bollywood tabloids are to be believed, popular Bollywood star John Abraham is considering to remake his upcoming action thriller, Rocky Handsome, in Telugu and Tamil. The actor will also star in the film.

Apparently, several producers from Telugu and Tamil film industries have approached John to acquire the remake rights. But the actor, who is also the producer of the film, denied them the rights as he is keen on reprising the role himself.

Rocky Handsome also stars Shruti Haasan and it is directed by Nishikant Kamat, who is expected to direct the Telugu and Tamil remakes as well. The film is slated for a release on March 25.