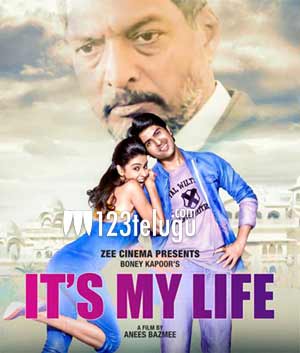 Released in 2006, Siddharth and Genelia’s romantic family entertainer, Bommarillu, went on to become a huge blockbuster. This Bhaskar directorial was produced by Dil Raju.

Later, Bollywood producer Boney Kapoor acquired Bommarillu’s Hindi remake rights and completed the film in 2007 itself. However, this Harman Baweja and Genelia-starrer, titled It’s My Life, never saw the light of day over these 13 years.

But finally, It’s My Life is gearing up for release on November 29. This Anees Bazmi directorial will have its digital premiere on Zee5 app this month end. Veteran Bollywood star Nana Patekar reprised Prakash Raj’s role in the Hindi version.