Boney Kapoor gives a go ahead to iconic sequel against Sridevi’s will
Published on Feb 24, 2020 12:19 pm IST 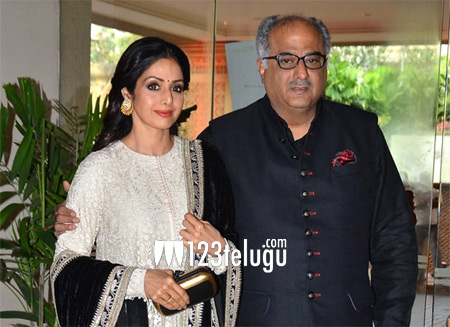 Bollywood film, Mr India was one of the most iconic films in Hindi cinema and has its own craze even now. Sridevi and Anil Kapoor played key roles in this film which was produced by Boney Kapoor.

Since a few days, there has been a talk that Hindi director, Abbas Ali will be making a sequel to this film with SRK and Ranveer Singh in the production of Zee TV.

But sources close to Boney Kapoor’s family have revealed that Sridevi was not interested in the sequel and would have never allowed her husband to give away rights if she was alive.

But looks like Boney has made a big deal with the production house and has chosen money over personal priorities.