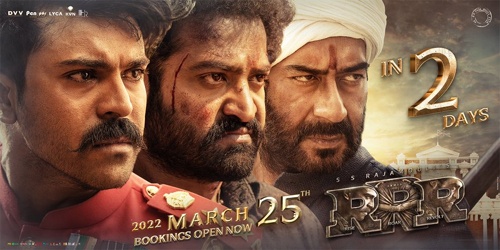 RRR will be open for one and all in a few hours and there is a crazy buzz for the film. The paid premiere shows are not happening in Telugu states and this has disappointed many of the fans.

Permissions are being sought for the fans’ shows in Telanagana as of now. But on the contrary, special paid premiere shows have been announced in the city of Bangalore.

The PAYTM APP has opened bookings for two shows at 11.55 PM in theaters Sandhya Digital(Madivala) and Manasa(Konankunte). The ticket rates have been priced at 800 rupees each.

Seeing this, the Telugu fans are getting upset and are hoping some theater or the other opens booking for this film tonight in the Telugu states. Let’s see what happens in the next few hours. 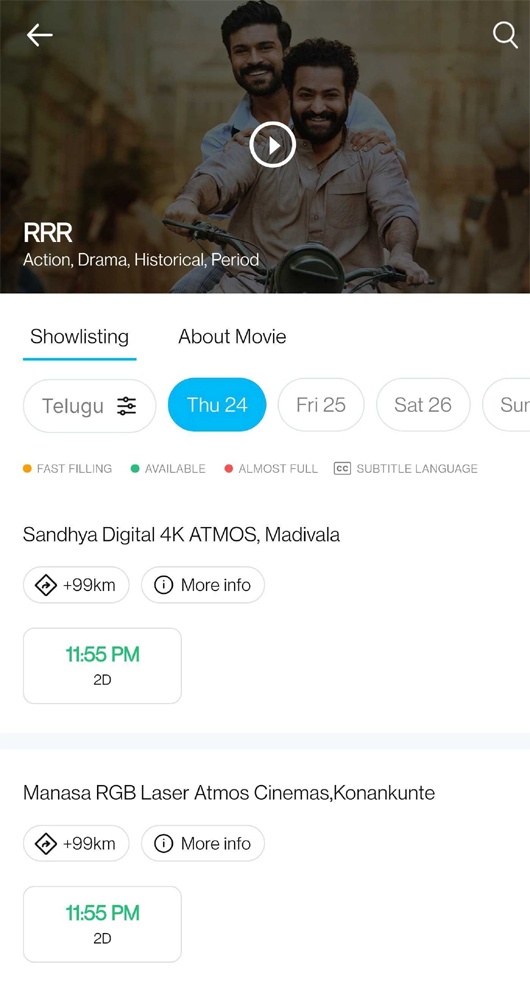