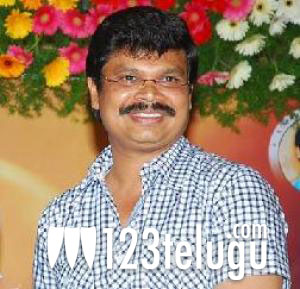 Boyapati Seenu is a man with a magical touch. After S.S.Rajamouli, he has the highest success ratio and his films work wonders at the Box Office for producers. His last film ‘Simha’, with Nandamuri Balakrishna, is one of the highest all-time grossers of the Telugu Film Industry. His two other films – Thulasi with Venkatesh and Bhadra with Ravi Teja, were good commercial hits.The shy and soft spoken director is now going ahead with his fourth project ‘Dhammu’, with Jr. NTR as the hero.

Boyapati’s films have a very high entertainment quotient and they are received extremely well by masala flick lovers. He has found a way to elevate an actor’s heroism to peak levels without spoiling the flow and narrative of the story. When asked about Boyapati’s secret of success, a prominent producer of the Telugu Film Industry says that the director’s extreme focus on screen play does the trick. “Boyapati ensures that his scenes create terrific impact among the masses. When the masses connect, you have a surefire success on your hands”.

Dhammu is going to hit the screens on April 19th and the movie is riding high on positive reports emerging out of the industry.