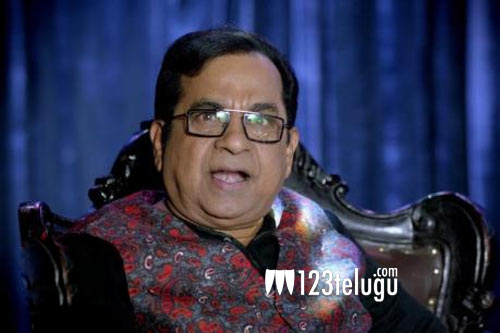 Veteran comedy and one of the finest actors in Telugu cinema, Brahmanandam is all set to make a comeback to TV after a long gap. Several years ago, he had hosted a quiz show – The Brahmi 10,00,000 show – which was aired on iNews; however, the show failed to click with the audiences.

Considering that Brahmi is one of the greatest comedians Telugu cinema has ever produced, there can’t be a more apt format for the veteran comedian to make his comeback to Tv. More details are awaited.

#TeluguLaughter Comedy Alert!!! If you feel that you have a comedy angle in you and can make Comedy King #Brahmanandam laugh, then be part of The #GreatTeluguLaughterChallenge pic.twitter.com/F3qMVBz6wZ