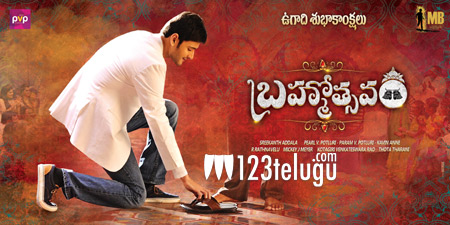 As the Telugu new year is just hours away, Mahesh Babu and his team have released a new poster of their film Brahmotsavam. As soon as the poster went live, there was a huge curiosity built up.

Mahesh is seen touching the feet of an elderly man. Queries have begun as to who this man is and what is he doing in the film. Produced by PVP Cinema, this film has Kajal, Samantha and Pranitha as the female leads. Mahesh himself revealed this picture which is going viral all over.