Brazilian actress confirms her next film in Telugu
Published on Feb 24, 2019 2:51 pm IST 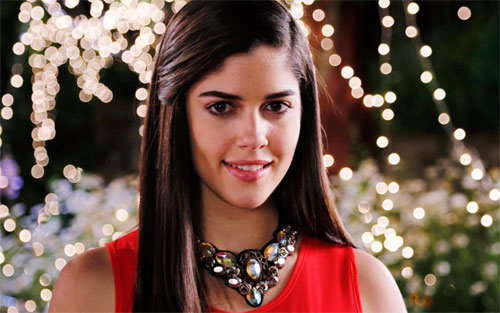 Few weeks ago, Brazilian actress, Izabelle had denied reports in the media that she is going to play the lead role in Jayanth C Paranjee’s ‘Narendra’. Although her name was attached to the project ever since it was announced, Izabelle categorically denied being part of the project, which is said to be a boxing drama.

However, things have changed to a great extent and soon after she came back to India, after a long vacation in Brazil, the actress met Jayanth in Mumbai. The two have now decided to collaborate with each other for the project which also stars Nilesh Eti and WWE wrestler The Great Khali.

“Now that I have met Jayanth, I can confirm that I am onboard and pretty excited about working with him. It is a great role and a challenge for me as an actress,” Izabelle confirmed the news. The film is likely to go on floors soon. On the other hand, she will also be seen in Vijay Devarakonda’s upcoming film in Kranthi Madhav’s direction.

since I’m back in India and had the opportunity to meet Jayanth Paranjee to discuss about his next movie, now I can announce that yes I am on board and pretty much excited to work with him. Its a great role and a challenge for me as an actress. #Narendra 🙏🏻