The Telugu Film Producer’s Council has taken a key decision regarding the film shooting in view of the surge in COVID-19 positive cases across the country and especially in the twin Telugu states. The TFPC has issued a press note, stating that only ’emergency shootings’ will take place at the moment.

The TFPC further said that all the shooting units will consist of only 50 cine workers. Also, even the post-production works must be carried out with a limited crew that too following all the SOPs prescribed by the state and central governments.

It’s well known that, already, several medium and high budget films’ shootings have been stalled temporarily and release dates delayed due to the rising number of COVID-19 cases in the second wave. 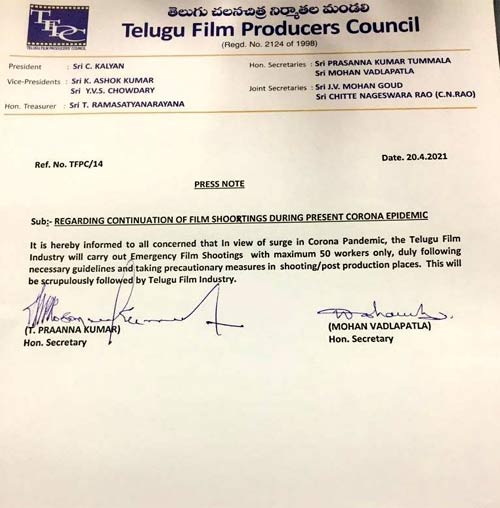