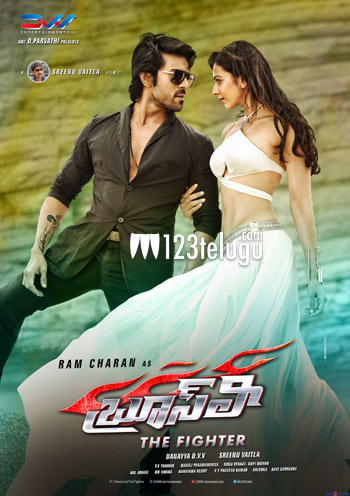 Team Bruce Lee is sparing no effort in completing the entire shooting part as early as possible. We already reported that Ram Charan has been shooting continuously for 17 hours a day to make it possible for a October 16th release. Rakul Preet, the leading lady of the film, is also taking part in this hectic schedule.

Currently, the unit is busy canning a mass song in Ramoji Film City. Both Ram Charan and Rakul took part in the shooting till 3 am. After taking a small break, they got back onto the shooting floors to wrap up the song shoot by today night. Rakul Preet said that she is enjoying the shoot despite the long working hours.

Sreenu Vaitla is the director for the film and DVV Danayya is producing it. The audio, composed by SS Thaman, will be unveiled on October 2nd.