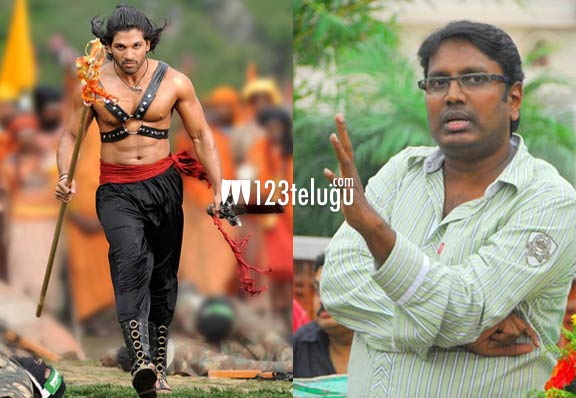 Gunasekar’s upcoming film, Rudramadevi’s shooting is going on at a brisk pace. Latest update is that the unit has finished canning Allu Arjun’s part for the movie. According to the unit sources, Bunny’s role has come out extremely well, and specially the fight sequences. Reports also reveal that Bunny has performed all the stunts by himself, and will be a huge plus for the film.

Bunny is playing the character of a warrior, Gonna Gannareddy, and even took training for his role. Catherine Teresa is playing Bunny’s wife in this period drama. ‘Rudramadevi’ also features Rana and Anushka in prominent roles.