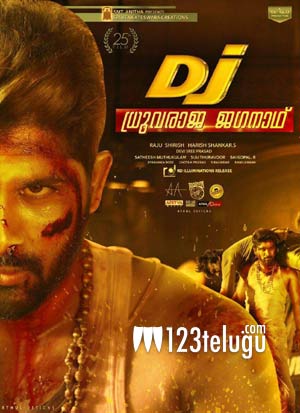 Allu Arjun is quite popular in Kerala and some of his movies were dubbed into Malayalam and became decent hits. Bunny’s recent film, Duvvada Jagannadham, released in Malayalam as Dhruvaraja Jagannadh on August 11. The Malayalam version is repeating DJ’s performance across Kerala.

DJ’s Telugu version released in late summer to underwhelming reviews, but the box-office collections were pretty decent for the initial response the movie had received. Repeating the same feat, Dhruvaraja Jagannadh released to average reviews and minimal opening day collections due to a delayed release.

The film seems to have picked up over the weekend and has grossed over 1.50 crore until Sunday. It now remains to be seen whether Dhruvaraja Jagannadh will surpass Bunny’s highest in Kerala Yodhavu’s (Sarrainodu) full run collections (4 crore).