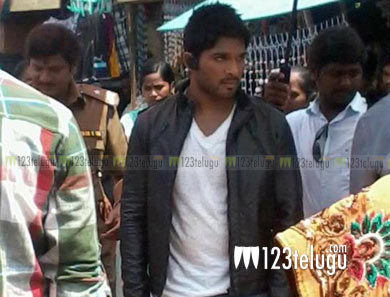 Stylish Star Allu Arjun’s action entertainer ‘Julayi’ is currently being shot in and around the city of Visakhapatnam and shooting is progressing at a fast pace. The movie is being directed by Trivikram and Ileana is the heroine. Natakireeti Dr. Rajendra Prasad is portraying a key role in the film and he will be seen as a police officer.

The movie is gearing up for a June release and Devi Sri is scoring the music. The movie is being produced by Radhakrishna and Danayya is the presenter.