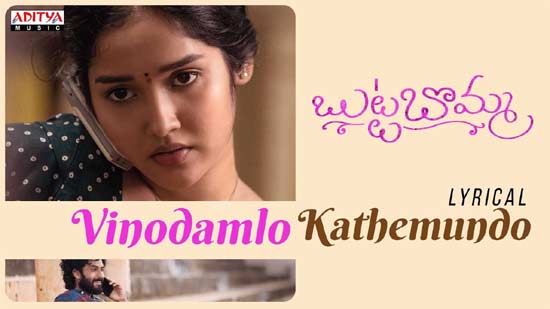 Butta Bomma is an upcoming Telugu movie, starring Anikha Surendran, Surya Vashistta and Arjun Das in the lead roles. Helmed by the debutant director
Shourie Chandrasekhar Ramesh, the movie is locked to hit screens on January 26, 2023.

Ahead of that, the team Butta Bomma kickstarted the musical promotions by releasing the first single Vinodamlo Kathemundo today. Composed by Sweekar Agasthi, the track is all about the love story between an innocent village girl and an auto driver.

Sweekar Agasthi’s catchy composition, Sanapathi Bharadwwaj’s lyrics and Mohana Bhogaraju’s energetic rendition leave behind a solid impact. The sleepy, tranquil surroundings of the song are one of its major highlights that transports you to the little world of the characters.