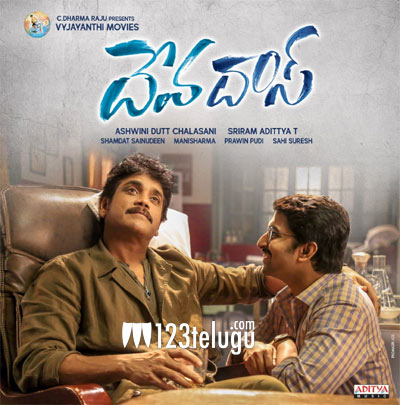 Many were complaining that nothing much is happening in terms of promotions from the team of Deva Das as there is only one week left for the release. But the audio launch event which was held yesterday changed it all.

The trailer which was released created a good buzz for the film. Upon this, Nag and Nani’s chemistry in the film and outside has become a topic of discussion and is a major crowd puller.

The film has become a hot property now as the audience is eager to see both the star heroes on screen. Sriram Aditya is directing the film which is being produced by Vyjayanthi Movies.

Mani Sharma scores music for this film which also has Rashmika in a crucial role.