C/o Kancharapalem’s Tamil remake Care of Kaadhal all set for release
Published on Feb 10, 2021 10:04 am IST 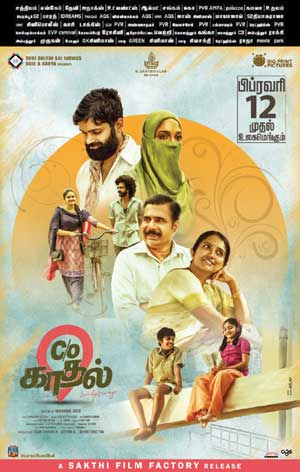 It’s been earlier reported that critically acclaimed Telugu slice of life drama, Care of Kancharapalem, is being remade in Tamil as Care of Kaadhal. Interestingly, Tollywood director Hemambar Jasti is debuting as a director with this film.

Care of Kaadhal is slated for release on February 12. The film has been getting favourable reviews from the special screening held for critics. The Tamil version is touted as a faithful remake of its Telugu original. Young Tollywood actor Karthik Rathnam, who played a lead role in the Telugu version, is reprising his role in the Tamil version.

Raja Sekar, Jeevan and Karthikeyan have bankrolled the film, which has its soundtrack composed by COK’s composer Sweekar Agasthi.