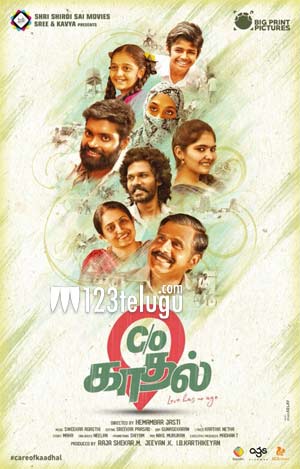 Released in 2018, young filmmaker Venkatesh Maha’s slice of life drama, Care of Kancharapalem, went on to win unanimous critical acclaim. Starring all newcomers in lead roles, the film was produced by a New York-based doctor Praveena and presented by Rana Daggubati.

Now, C/o Kancharapalem is being remade in Tamil as C/o Kaadhal. Even the Tamil version features an all new cast and it marks senior Tollywood co-director Hemambar Jasthi’s directorial debut. Raja Sekar, Jeevan and Karthikeyan are bankrolling the film, which has its soundtrack composed by COK’s composer Sweekar Agasthi. The film is gearing up for its release soon.