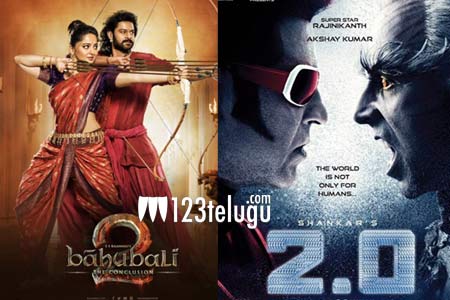 Now, the makers of Shankar-Rajinikanth’s most eagerly awaited sci-fi thriller, 2.0, will be releasing the movie in more than 7,000 screens across the world. Furthermore, 2.0 will be dubbed into 15 Indian and international languages and the makers are heavily banking on Rajini’s craze in Japan and other Asian countries to set the cash registers ringing.

The big question among fans and trade circles is whether 2.0 will capitalize on the craze and a humongous release and beat Baahubali’s collections. Produced by Lyca Productions, this high budget entertainer stars Akshay Kumar and Amy Jackson in pivotal roles. The movie is slated for a Republic Day release early next year.