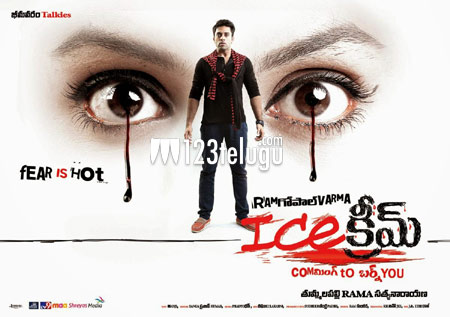 Ram Gopal Varma’s ‘Ice Cream’ is releasing tomorrow. RGV is not in good form and he has not scored a hit in many years. So, expectations and buzz for Ice Cream will naturally be very low due to the lack of stars as well.

Now, Drishyam has become a big hit and the movie is a well received product. In the face of such opposition, can RGV and his Ice Cream attract any viewers? That is the question being raised by trade people right now.

The film has Navdeep and Tejaswi as hero and heroine. RGV has already tried some unique publicity tricks for the film. Let us see if they help this movie’s openings tomorrow or not.