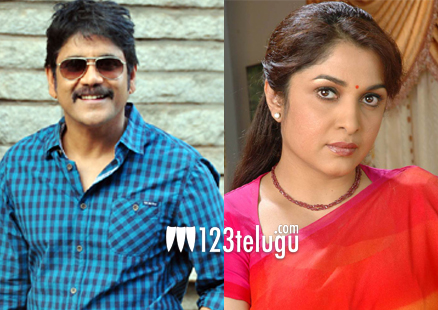 Nagarjuna and Ramya Krishna make a hit pair. They appeared in several super hit movies in their prime and after Ramya Krishna graduated to mother roles, they never got to work together. But the two will be seen as a lead pair once again in the upcoming movie ‘Soggade Chinni Nayana’.

The movie team is in Mysore now, for a big schedule. Kalyan Krishna is directing the movie. This combo of Nagarjuna and Ramya Krishna is one of the fundamental points on which the movie should work. If they succeed in pulling it off, the movie will be a hit.

Nagarjuna will appear in a dual role in this village backdrop entertainer. Anoop Rubens is the music director while Annapurna Studios banner is the production house.